The purchase of a new Ford, two weeks in Hollywood, the script for “The Twelve Chairs” commissioned by a three-time Oscar winner Lewis Milestone and other fascinating details of the journey to America of Soviet writers Ilf and Petrov

September 19, 1935, Ilya Ilf and Yevgeny Petrov as correspondents of the newspaper “Pravda” went on a four-month tour through America. In a “Ford” bought in New York, writers crossed the country, visited the Henry Ford factories and Mark Twain’s homeland, the Indian villages of Santa Fe and Taos, inspected the Hoover dam (then the Boulder Dam), drove through the Colorado Desert of Arizona, visited the construction of the Golden Gate Bridge in San Francisco, spent two weeks in Hollywood and  returned to New York through the southern states. Ilf wrote down his impressions in the diary, sent daily detailed long letters to his wife Mary , short cards, telegrams and packs of photographs. Returning to Moscow, the writers published their travel notes under the title “One-floor America.” Translated into English, the book was a great success in the US, and e then in other countries as well.
To New York, writers sailed on the French liner Normandie. The Travel in the first class cabin was described in detail in the book “One-story America” by Ilf and Petrov.

In New York, Ilf and Petrov arrived on October 7, 1935, and spent almost a month there. They saw a lot of people, from Ernest Hemingway to David Burliuk, visited the big Van Gogh exhibition, were at one of the first performances of George Gershwin’s opera “Porgy and Bess” and saw a boxing match in Madison Square Garden.

“In the morning, waking up on my twenty-seventh floor and looking out the window, we saw New York in a transparent morning mist.”

The main impressions of Ilf and Petrov on the way from New York to Hollywood were the factories of Henry Ford in Dearborn, Chicago and lightening advertising of the capitalist society of America.

A great impression on Ilf was made by the desert. He took a lot of photos in Arizona and sent his wife several postcards from the Grand Canyon.

Before Hollywood, writers stopped for a few days in San Francisco (“city of fogs”) to take a look at the construction of the Golden Gate Bridge, walk around the city, go to American football and relax from the endless road. 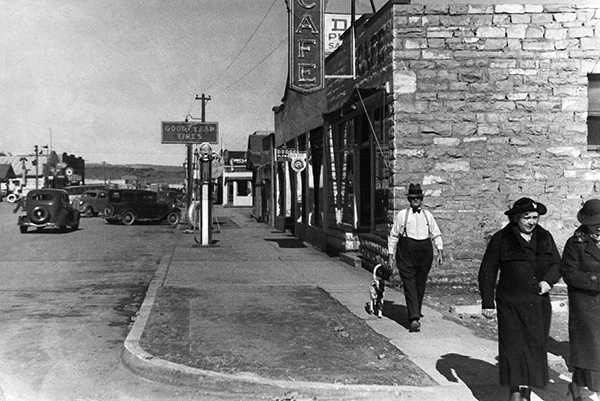 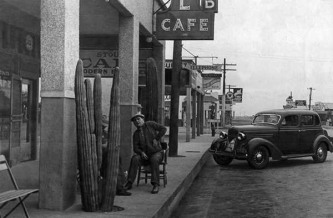 On December 9, 1935, Ilf and Petrov arrived in Hollywood. In two hot weeks they visited the film studios, met with actors and directors and led a secular life.

In Hollywood, Ilf and Petrov watched Milestone’s “Front Page” (1931), which was nominated three times for an Oscar. Milestone suggested to make a script for “The Twelve Chairs”. For the text written in just five days, Ilf and Petrov received an advance of $ 6000 and bought out the Ford, which they had to return before going back to Moscow.

On January 27, 1936 on the liner “Majestic” Ilf and Petrov left the United States of America.